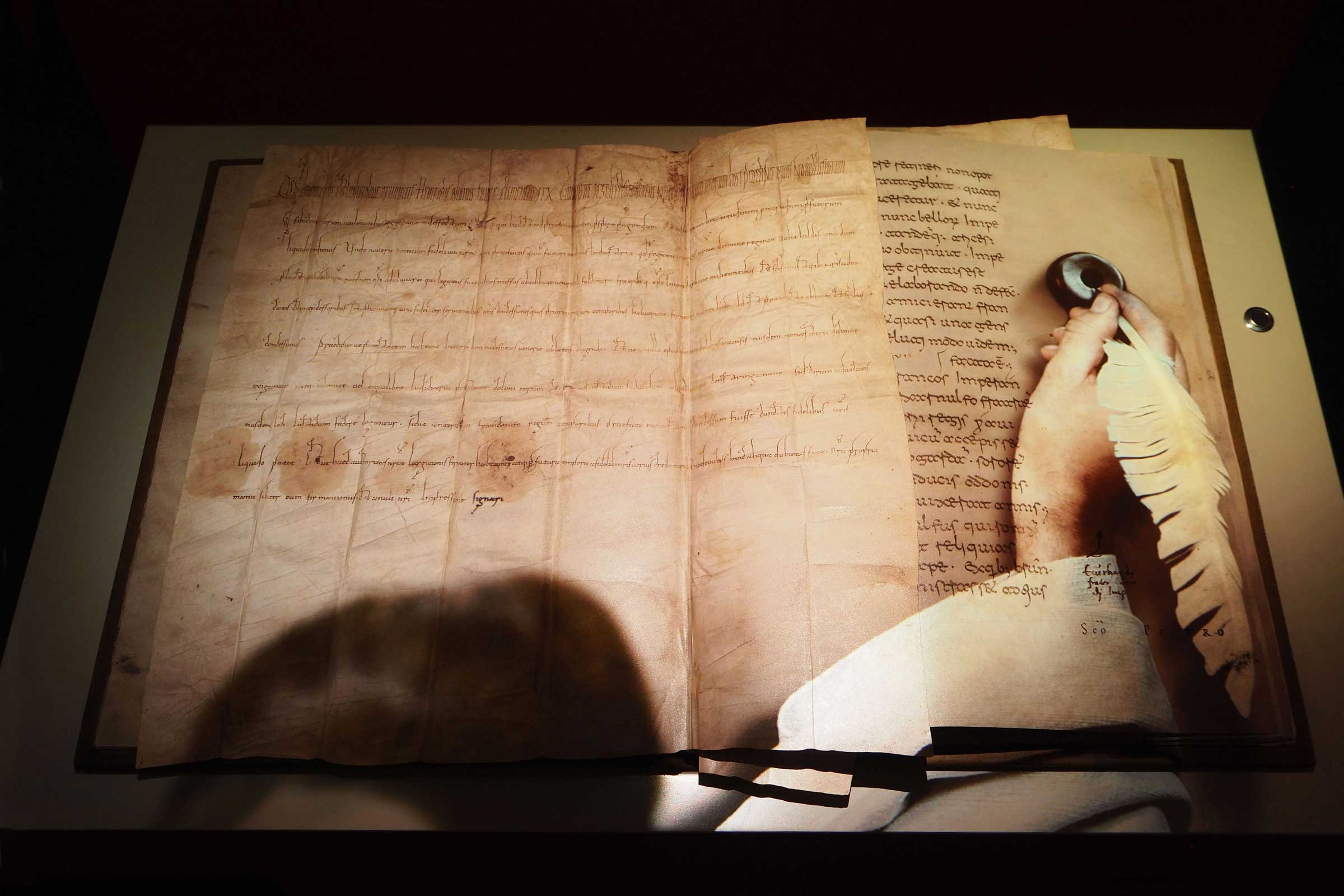 Henry the Fowler in Quedlinburg

This Living Book® tells the tale of the rise of Henry the Fowler. (876-936), the difficulties of his rise to power, his fight versus the hungarian horde and his continuous glory.

It adresses the visitors of the exhibition »919 – Plötzlich König – Heinrich I. in Quedlinburg« directly, when it is opened: Illustrations are drawn on their own, riders gallop over the pages, writings are inscribed as if by an invisible hand and suddenly the books is set ablaze. On another page, coins roll over the parcment pages and an arrow, that seemlingly flies throguh the time of the early middle ages to the present comes to a standstill – all under the eyes of the visitors  – right inside this interactive book.

This Living Book® is full of mysteries and stirs the curiosity of the viewer. The creation of this bilingual multimedia installation by LIQUID took over a year. For example, numerous texts were written with a quill and film exposures with reenact actors, as well as elaborate animations were created.

More about the project >> 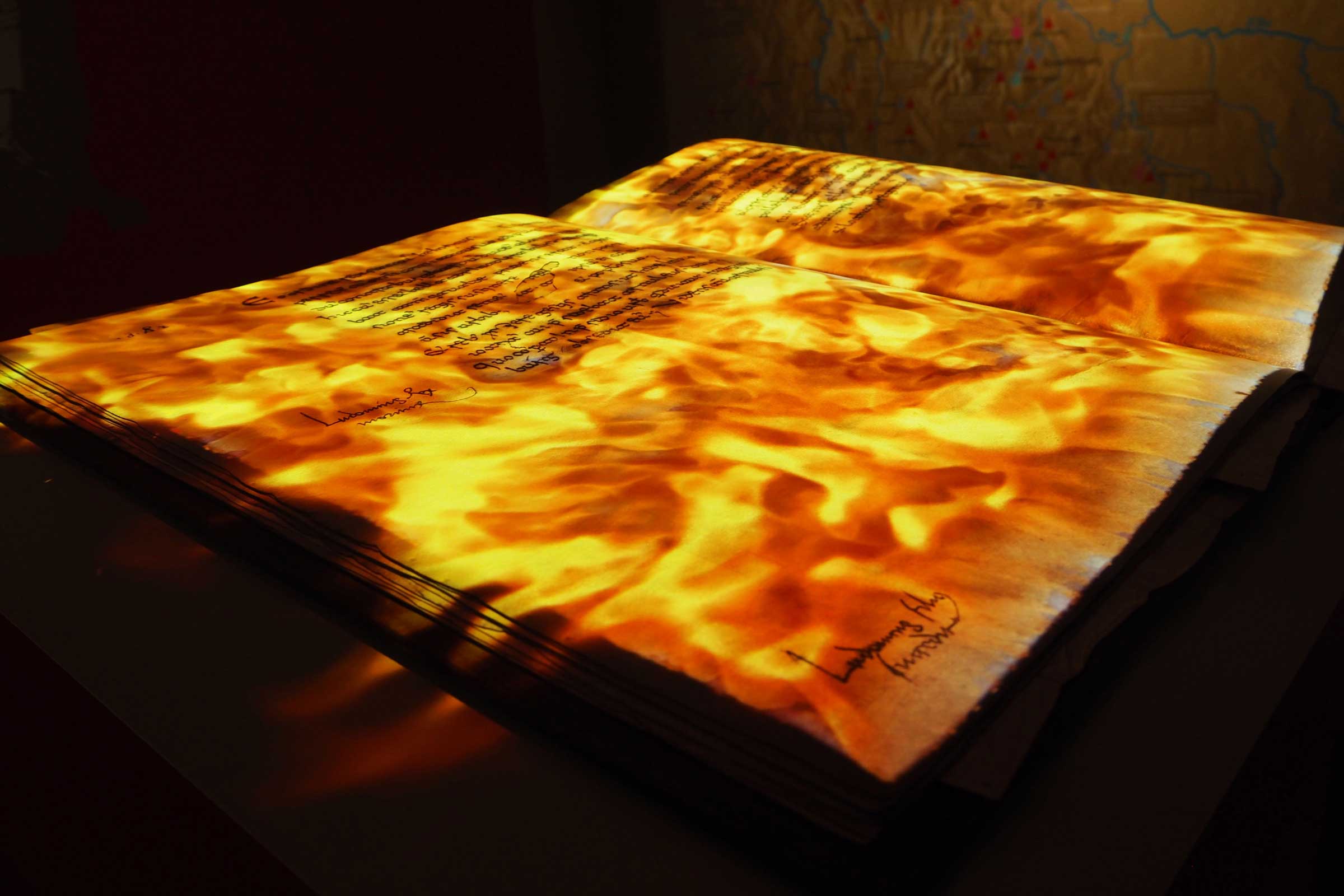 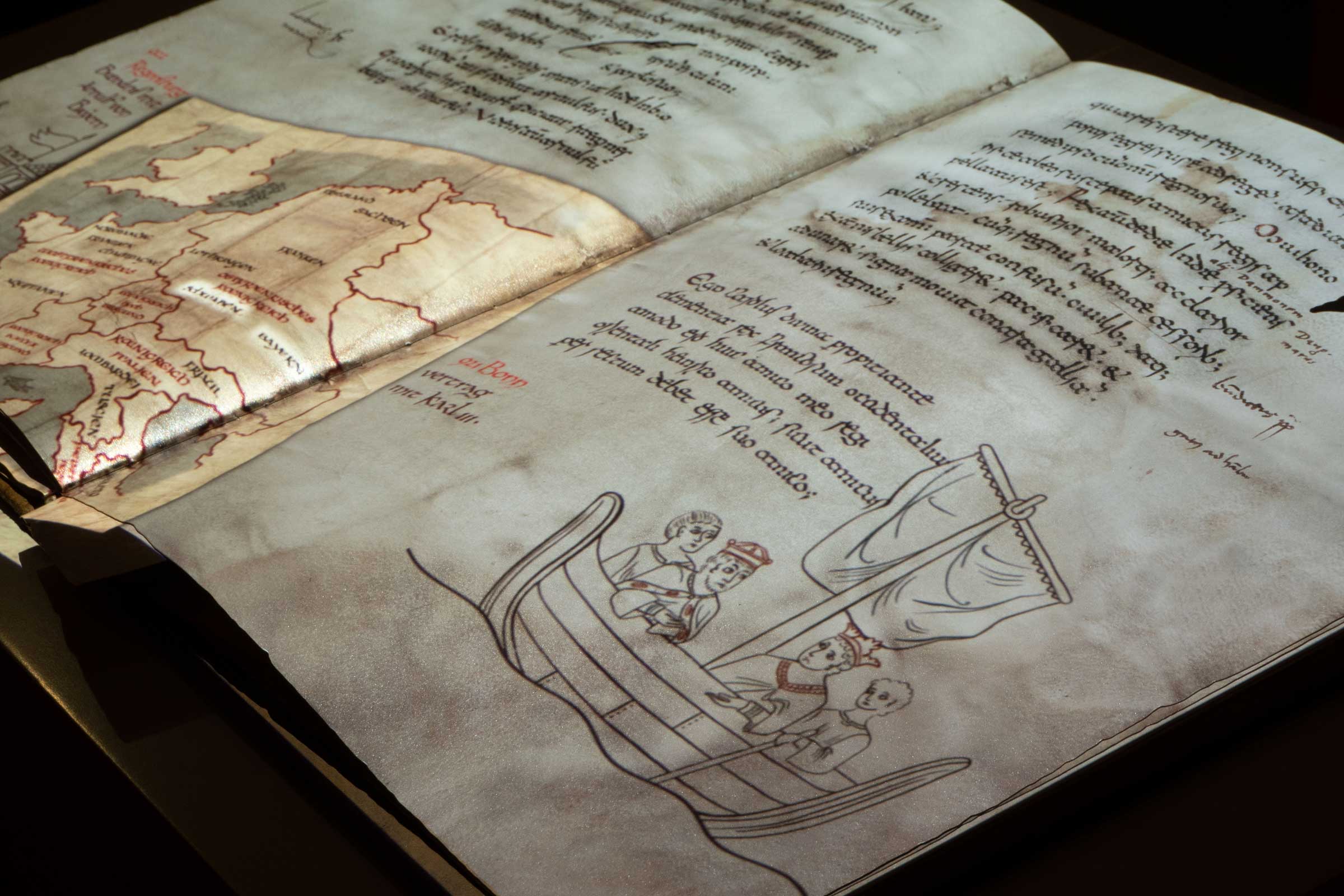 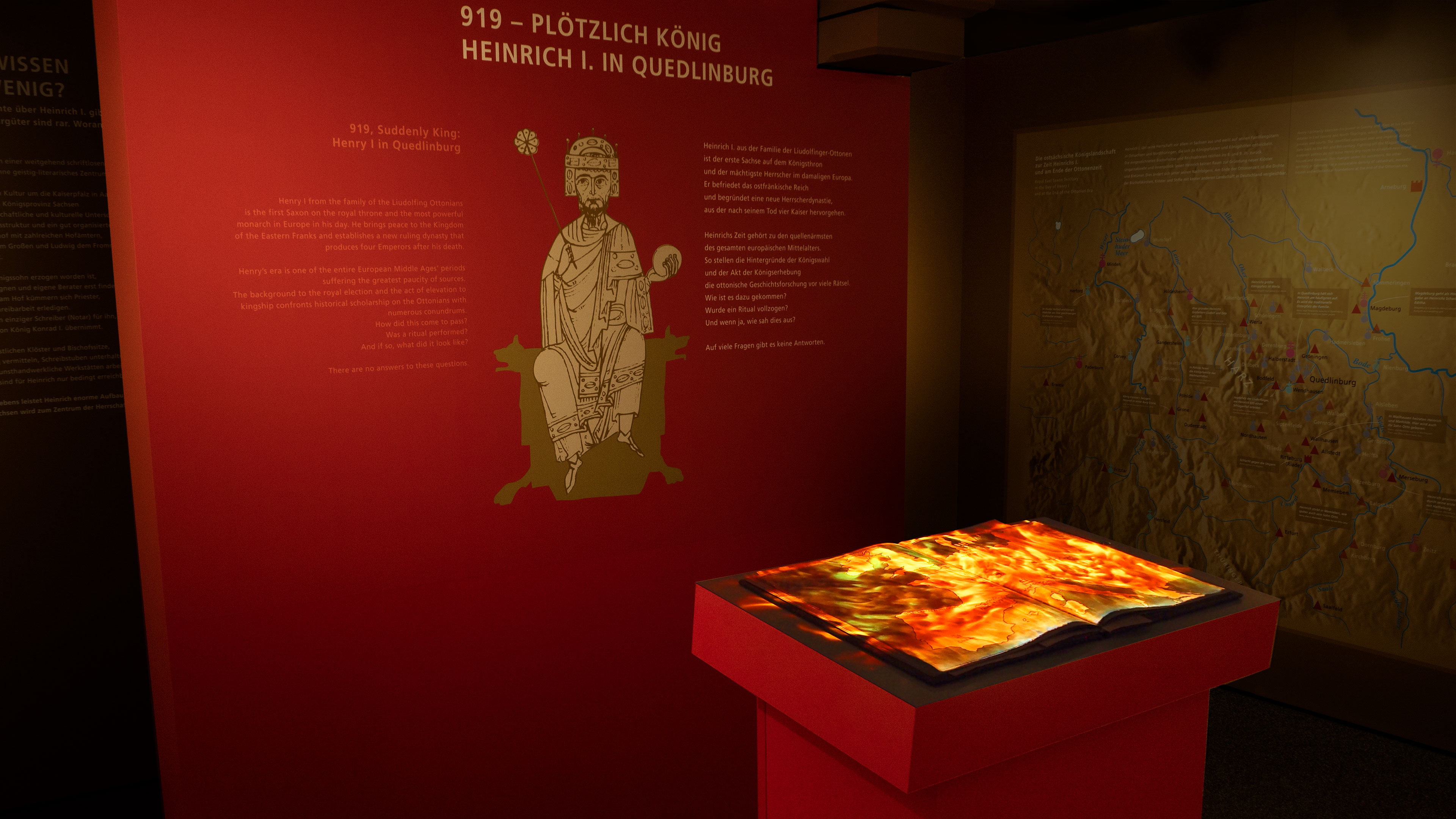